Photo image size can be set at 2, 5, 8, 12 or 16 megapixels, the last two being interpolated sizes. The 16MP setting seems to give the best result, or rather I should say the least bad result because the XDV’s photos aren’t good. There’s too much noise and too little detail plus the color is too warm, i.e., the hue is too yellow. No matter what I did with editing software I couldn’t improve anything but the color.

The following seven photos demonstrate the camera’s exposure setting.  The steps are fairly coarse ranging from -3 to +3 in whole number steps rather than the more common 1/3 steps.  There is a noticeable difference between -3, -2, -1 and 0 but the difference between 0 and +3 is almost imperceptible.  The only way I noticed was to look at the leaves hanging down near the upper right corner.  As the exposure increases you see fewer leaves as they’re washed out by the overexposed cloudy sky. 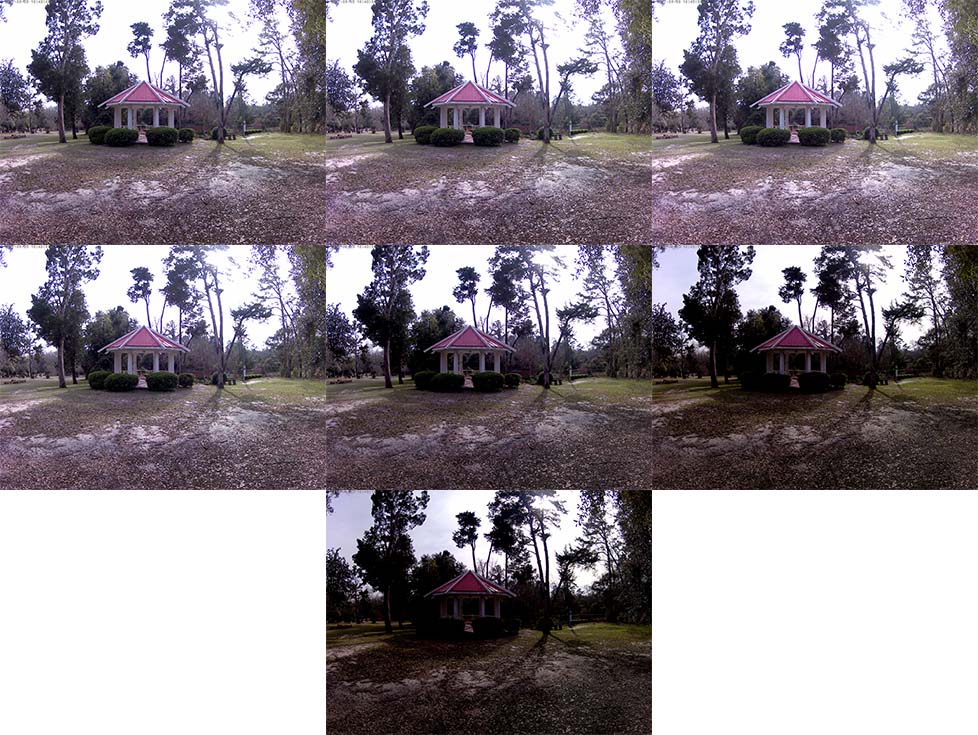 Here are a couple of sample photos.  Notice that the barrel distortion is more pronounced than usual for an action camera.

The next two photos show the difference between an unaltered photo and the same photo after adjusting for color.  In the second photo I decreased the red and increased the blue. To me the red car looks less orange, the sky looks bluer and the trees look greener after adjustment.

You can download five images at Dropbox to see the Old Cotton Exchange building in Augusta, Georgia, USA, snapped at 2, 5, 8, 12 and 16MP.  To me the 16MP photo looks best though it’s slightly overexposed.

Similar to recording videos, whenever I took a photo the XDV usually snapped a low resolution bitmap photo as well.