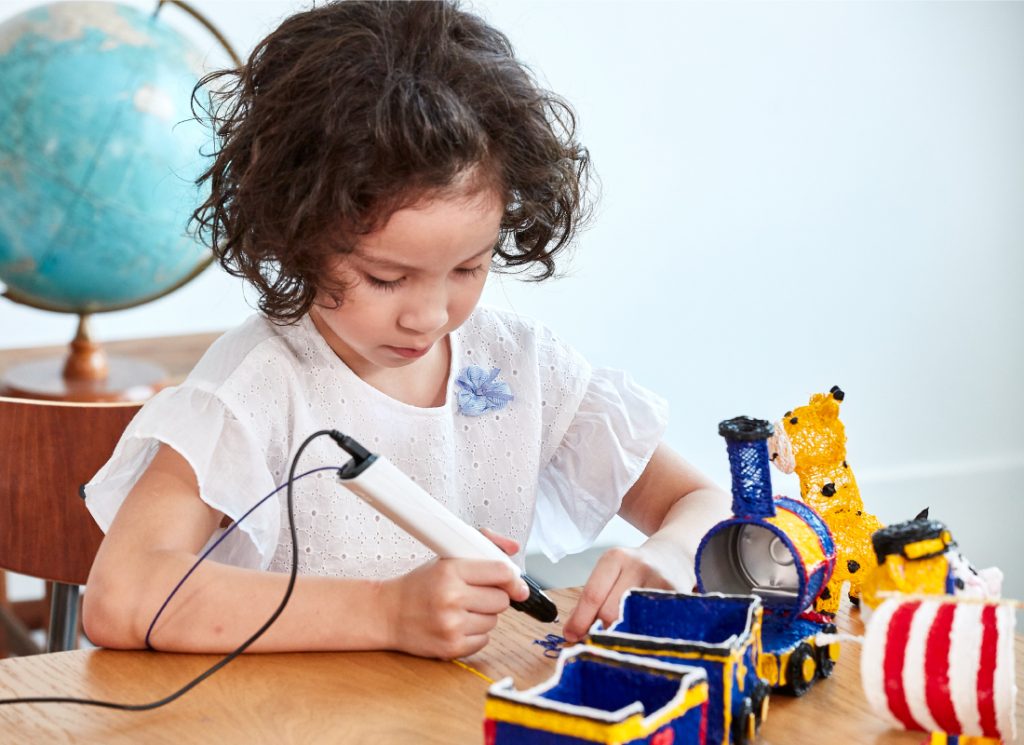 In the past few years, there has been a rise in consumer 3D printing, and one of the best and easiest ways to get into the 3D printing hobby is with a 3D pen. A 3D pen is a pen that is able to print in three dimensions. You can imagine the world as your canvas as you design objects with this type of product. Unlike 3D printers, 3D pens allow for freehand design, so there is no need for any knowledge of 3D modeling software when getting started. This type of pen works similarly to a glue gun; however, instead of sticks of glue, these pens use colored sticks of plastic, and the pen has a much smaller tip. When using the pen, you simply “draw” and allow your sculptures to stand freely on their own.

The first type of 3D pen was created by Peter Dilworth, Daniel Cowen, and Maxwell Bogue as a response to unpleasant experiences when using early 3D printers. Their creation was called the 3Doodler inspired by the freehand 3D printing aspect of the device. It launched in 2013, and paved the way for many different 3D pens for artists and hobbyists to use to creating unique three-dimensional plastic sculptures.

3D pens allow you to create anything that you can imagine in three dimensions. It is a great product to get started in 3D printing, as it allows you to begin creating immediately, without need for any prior knowledge with modeling software on the computer.

​How Does It Work?

The idea behind the 3D pen is a relatively simple one. Using heat, the plastic filament is melted, just like a glue gun’s glue stick. Once the filaments has been pushed through the heating chamber and has been melted, it is pushed through the extruder nozzle. As the user moves the pen, the plastic creates different shapes and figures, and as the plastic cools, it solidifies and permanently keeps its shape. Plastic cooldown is extremely quick once extruded from the pen. Generally, acrylonitrile butadiene styrene (ABS), poly lactic acid (PLA), polyvinyl alcohol (PVA), polyamide (nylon), glass filled polyamide, polycarbonate (PC), and high density polyethylene (HDPE) are acceptable plastics, but ABS and PLA are the most popular of the selection.

ABS plastic is more cost effective, and therefore is currently more widespread, which makes it easy to find ABS filament in hobby shops as well as online. One of the downsides of ABS use in 3D pens is its high melting temperature, and while this is no trouble for the technology in 3D pens, the high temperature causes fumes to emit from the plastic during doodling that may cause irritation to the user or others who are around. It is advised to take breaks when working with ABS filament, and always doodle in a well-ventilated area to avoid inhaling fumes.

On the other hand, PLA plastic is derived from food sources such as potatoes, corn, and sugarcane. This means that PLA plastic is biodegradable and is a much better product for the environment. The melting point of PLA plastic is lower than ABS plastic, and it does not emit harmful fumes as it is heated. In actuality, PLA plastics give off a sweet odor when heated that smells similarly to pancakes being made. However, PLA plastics are slower to cool and may require additional cooling equipment to function properly, and it is not as strong when compared to ABS plastic.

​Where Can You Buy It?

A variety of 3D pens are available in retail craft and hobby locations as well as from online retailers, such as Amazon.com.

​How Much Does It Cost?

The average cost for a 3D pen is between $40 and $60 dollars, with additional costs for colored filament.

It is our belief that accurate and honest information should be provided to our readers, and as result, we want you to understand our review process. In our reviews, we begin by searching all across the internet for product data and technical information about these products, and we extensively consider feedback from users who already own them. Then, we compare this data, which helps us to get a clear view of all angles of a product in order to present an accurate view for those who are interested in purchasing.

Most of the 3D pens that are presented in this article range from $40 to $60 in cost. 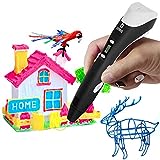 ​The Kimitech 3D Pen has adjustable temperature and speed settings so that the device can be customized to your needs and to the type of plastic filament that you are using with it, with preset modes for PCL filament and PLA filament. The LCD display screen is also clearly legible with the temperature, speed, and filament shown. Additionally, the Kimitech is compatible with PCL and PLA plastics only, which are non-toxic and odorless, making this 3D pen a perfect item for young creatives. It is designed with an ergonomic grip, making the pen easy to hold while in use.

​The 3D Pen by 3D Pentastic is a great pen for both children and adults that can help to grow your imagination and help you to practice a creative hobby. While the 3D Pentastic is only compatible with PCL filament, like PLA plastic, it is nontoxic with no fumes, and it’s eco-friendly as well. As PCL filament has a low melting temperature, the pen only heats to 85 degrees while others heat to over 100 degrees. The low heat and compatibility with only nontoxic filament make this device great for children.

​The Vallerton 3D Pen for Kids is a printing pen that lets your child draw in three dimensions. The premium pen has a metal body and metal buttons with an extra-long nozzle. The Vallerton 3D Pen only weighs 55 grams, which means that you can use it for longer, as it will not cause fatigue in your hand. This pen is compatible with PLA and ABS filament.

​This pen is included under a 30-days unconditional full refund policy. 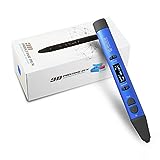 ​The ​MKOEM Robotics Full-Metal Premium 3D Pen is of a high-quality design and allows you to bring objects from your imagination to life. The pen allows adjusting of flow speed of your filament to fit your personal preference, and a temperature adjustment option is available as well. The OLED is easily legible and lets you monitor the flow speed and temperature of the material. Additionally, the kit includes two colors of plastic filament so that you can start creating right away.

​With the purchase of this pen is include 1-year manufacturer warranty.

​The BeTIM 3D Pen set includes 20 packs of colored filament so that you can get started as soon as you open it. The pen is not hot to the touch, and it is light enough that even children will feel comfortable holding and using it. The single button control makes this pen perfect for both left-handed and right-handed creatives. This kit also includes a stencil book with 20 different templates that make learning to use the BeTIM 3D Pen Set easy and fun.

​The BeTIM 3D Pen has a 1-year warranty. 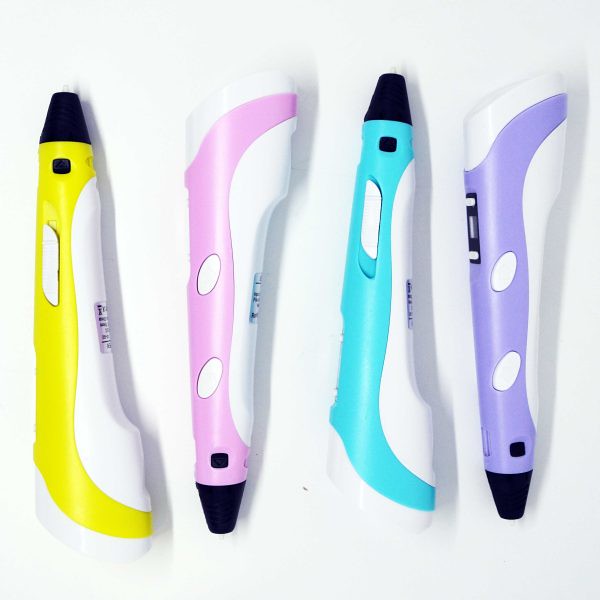 If you are interested in getting started in the 3D printing hobby, 3D pens are great devices with which you can dip your toe and gauge interest before springing for a full-fledged 3D printer. There is a lot of information to take in for newcomers, but if you follow these few tips in our buyer’s guide, your purchase of a 3D pen will be smooth and painless. 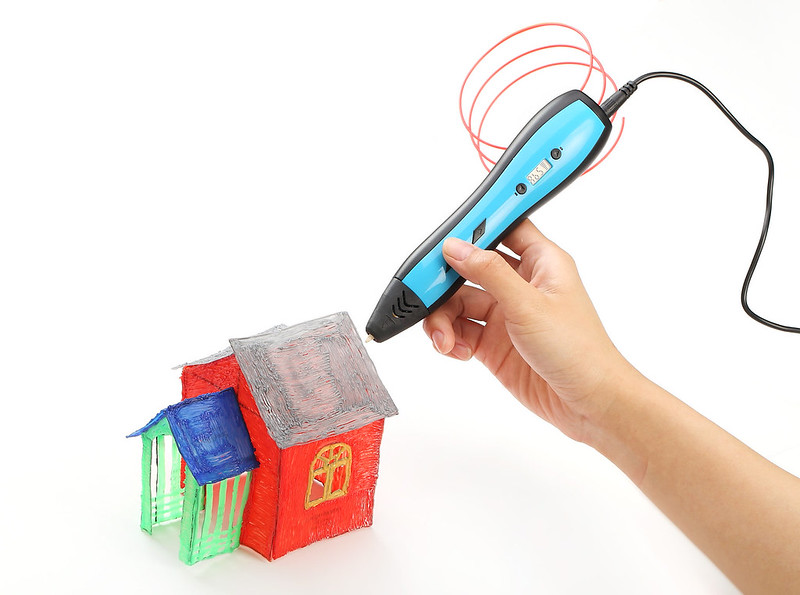 After our thorough research, we have concluded that the Kimitech 3D Pen, 3D Pen by 3D Pentastic, Vellerton 3D Pen, ​​MKOEM Robotics Full-Metal Premium 3D Pen, and the BeTIM 3D Pen Set, are the best 3D pens. All of these pens are compatible with environmentally friendly biodegradable plastics and are designed specifically for use by both adults and children. If you are interested in the 3D printing hobby, but have no experience with advanced 3D modeling software, a 3D pen is the perfect place to start. With it, you will be able to bring your imagination to life with freehanded designs. Creating small toys and objects can also be a wonderful activity for bonding with your children, and designing miniature plastic sculptures can function as a fantastic creative outlet and hobby.