Question: Can you buy a 4K action camera for under USD $40?  Answer: Camera yes, 4K no. This is the XDV 4K Sports Camera. It's sold by the Chinese online seller GearBest as the V3 4K WiFi Sport Camera. Both “XDV” and “V3” are simply convenient names for a generic action camera whose true company name is unknown. V3 is the model name of the image processor. It's just another of the many generic Chinese action cameras sold online. This review is broken down into several sections. Click on the title below to go to that page. RATINGS AND SUMMARY SPECIFICATIONS…
A Cheap 4K Action Camera for Under $40? XDV V3 4K Review
A Cheap 4K Action Camera for Under $40? XDV V3 4K Review
Joe
Bad video, photo and audio performance combined with poor build quality render this a terrible choice as an action Camera. And did I mentioned it turned into a brick after 6 weeks?

Bad video, photo and audio performance combined with poor build quality render this a terrible choice as an action Camera. And did I mentioned it turned into a brick after 6 weeks? 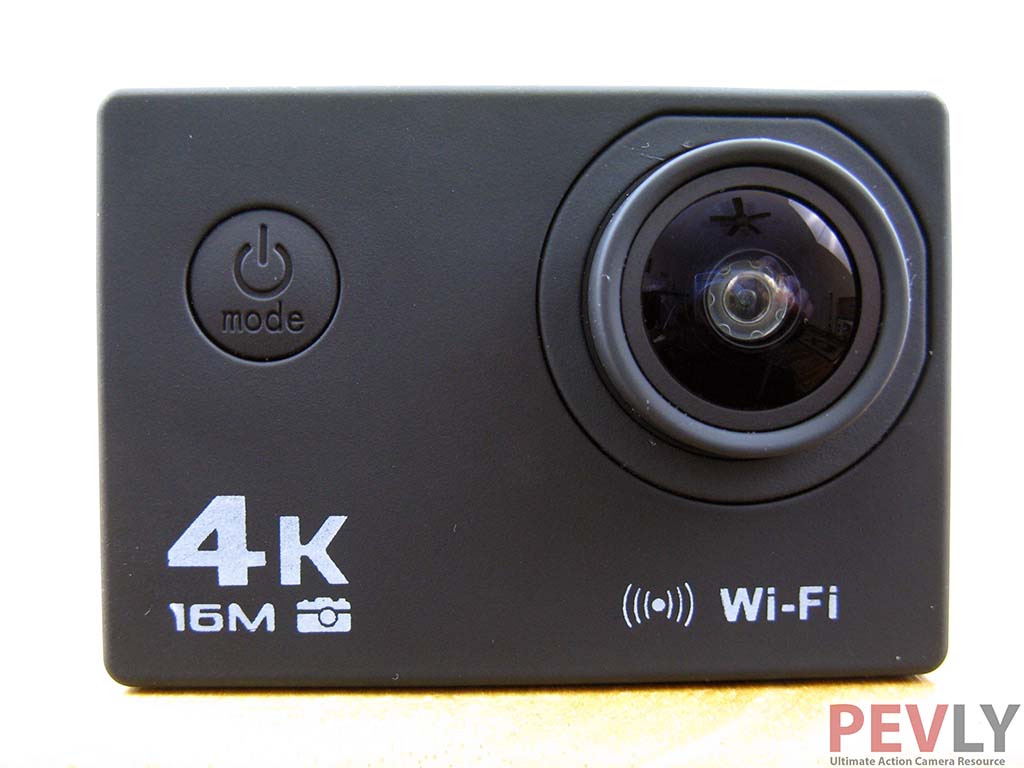 The $35.99 XDV 4K Sports Camera is everything you’d expect at that price and less. The seller’s web page for this camera describes a number of capabilities that can’t be – and in fact aren’t – true and the camera box doesn’t offer much clarification.

Simply put, this is a worthless camera. Virtually every aspect of it’s video, photo and audio quality is sub-par. Video quality is very poor, with only the interpolated 4K being passable and maybe the 2.7K too. All photos and videos had substantial noise, lacked detail and were too yellow to red.

After six weeks of use the camera “bricked” – stopped working altogether.  LEDs indicated it was on but the screen was blank and the camera froze.  I couldn’t advance through the modes or turn it off.  Only removing the battery would clear it, but reinstalling the battery and trying again yielded the same results. A week later Frankenstein rose from the dead and started working again.

The XDV does have a few good points. The most surprising – and ultimately disappointing –  is the rock-solid WiFi and apps. The camera always connected to my Android and iOS mobile devices the first time and never froze or disconnected.  The range was very good, there was no lag and the menus were straightforward and simple to use.

How frustrating then to find that when shooting 4K video using the apps the XDV only records at 15fps – a black mark on one of the camera’s few bright spots.  Nor can you transfer files to your iOS device using the app.  And the day before this article was published the Android app stopped working altogether.

The camera menu was also easy to navigate. In part that’s due to the lack of settings but it’s mostly because the setup is simple and intuitive with icons that make sense and menus in understandable English.

Quite a few accessories were included with the camera, enough to get you started. Unlike the camera itself they seem well made.  Also the battery charged faster than any action camera I’ve ever used.

But when an action camera fails in its most basic functions – recording good quality videos and photos – and stops working altogether, then it’s genuinely worth avoiding. Testing the XDV was an unpleasant eye-opener. You might be tempted to give it as a gift to somebody you dislike, or to teach your children about life’s disappointments, but otherwise you won’t find another action camera more deserving of your complete disregard than the XDV.  The lesson: Save your money and buy one of the better cameras we’ve reviewed when they’re on sale.