The XDV has five modes – Video, Photo, Slow-Motion, Playback and Settings.  Here are screen shots of each (two for Playback): 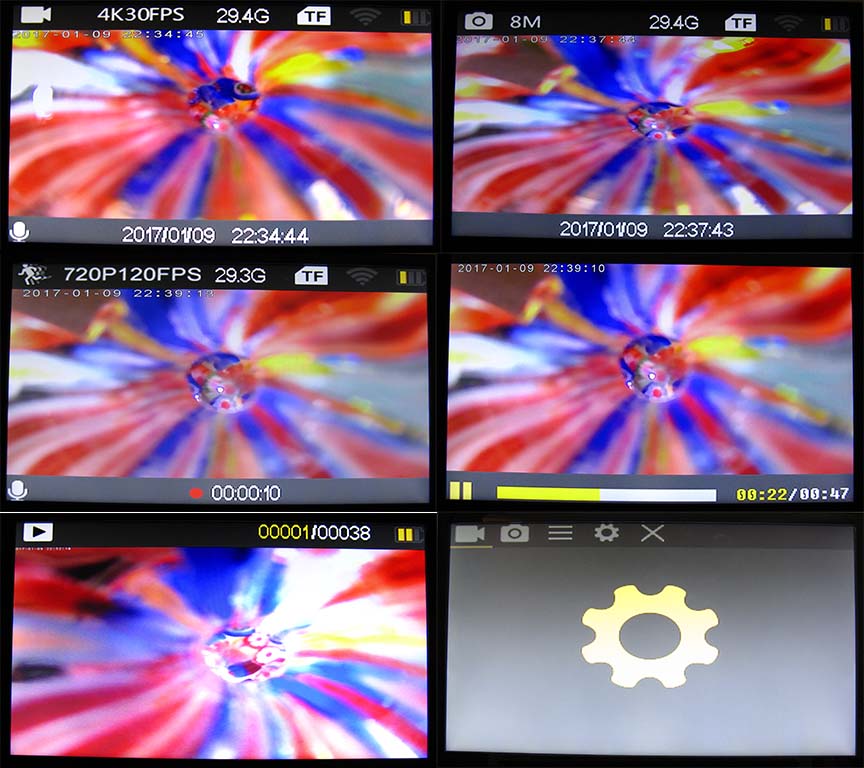 The Settings menu is broken into four sections – Video, Photo, General and Basic.  Here are screenshots of each (two for General plus the Settings start screen): 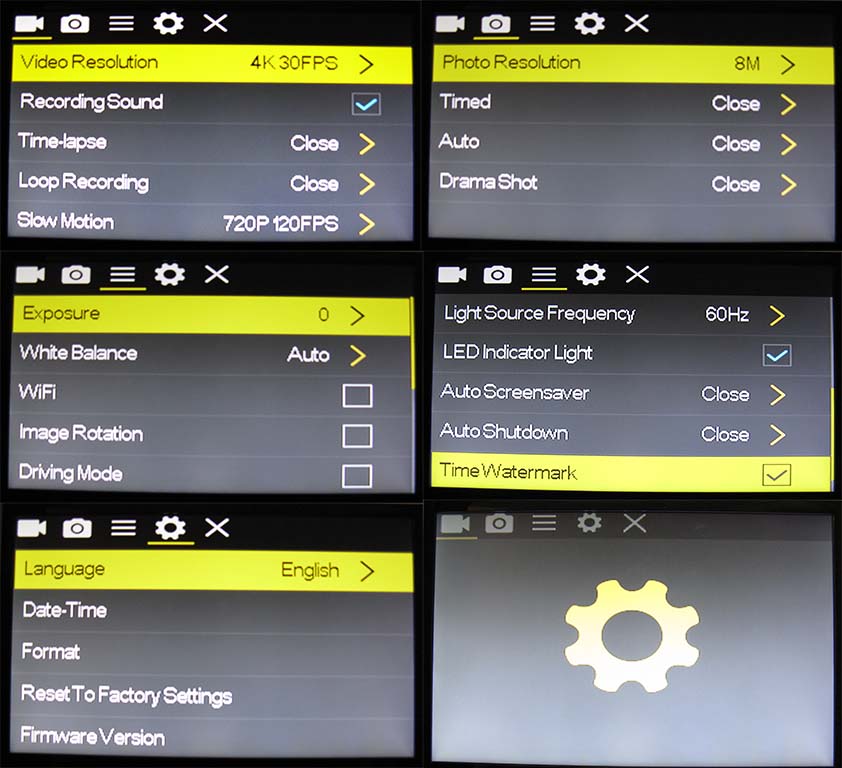 In Photo mode the XDV has some typical settings including burst (Drama Shot), shutter delay (Timed) and photo time lapse (Auto).  In Video mode it has video time lapse but lacks motion detection.

White Balance works in either mode but there’s no setting for color or ISO, though the camera adjusts ISO automatically.  At the XDV’s price you wouldn’t expect it to have gyro stabilization or even anti-shake and they are indeed absent.

On the other hand the HDMI-out didn’t work when I connected the camera to my TV.

The XDV has three LED lights.  They indicate the camera’s status depending on which ones are on and whether they’re flashing or steady.  Here’s the rundown:

Because there’s no manufacturer’s website, firmware updates will never be available, i.e., your XDV camera will never get any better than what you have in hand.