You are here: Home / Action Cameras / What makes the difference in a cheap action cam?

There are several but important aspects useful in evaluating the purchase of an action cam, even more so with these Chinese cameras. Here is a Quick List of what you have to check prior to buying:

Every camera can record videos in a number of different resolutions. Some are capable of capturing images in 4K, but most of the times this resolution on cheap cameras is fake, due to interpolation. At this point, should you ignore these? Absolutely not! First of all, we can’t expect too much from highly affordable cameras, but it doesn’t mean that such cams are bad. If you are interested, you can find more specifically about 4K resolution below.

Many times we mention bitrate as the cause of low image quality, also when we said before that certain camera has a good potential. Are we crazy? I hope not, but if you want to research deeper to clear some doubts, you can read a bit more in the section below.

The frame rate is the number of frames per second (fps) captured by the camera. This feature is important if you want to record slow motion videos, because it makes your recording absolutely EPIC! This also becomes very useful if you need smoother videos, especially if you are a sport lover.

When we approach a camera, we find ourselves facing tons of numbers and features. Well, bitrate is probably the most unknown and undervalued of all. Let’s clear it in the simplest way possible.

What is the bitrate?

Why is that important?

The bitrate affects a lot of parameters in any digital recording, and everything spins around it.

First, it affects the video quality, and thus the size of a record file. Obviously, when more data per second needs to be written, it requires more space.

Bitrate, Framerate and Resolution… TOGETHER!

The framerate is easy to explain and easy to understand. There is a fast explanation above and I think it’s clear. The resolution, instead, is nothing more than the quantity of pixels that a camera uses to record the scene. Higher resolution means more details.

The bitrate could also be a limitation that can lose part of the information in the video.

A little bit of math makes the concept more understandable:

This is why bitrate can be a problem. Each pixel is made by an amount of bits, and if we record with a frame rate and resolution that exceeds the bitrate of the camera, it must apply a compression. Everyone knows that compressions reduce the quality of the file; the more the file is compressed, the less quality it will retain.

Another aspect where the bitrate affects the quality is the velocity of data written to the storage. If you have a low bitrate, any SD card is fast enough to write the data in real time; but if you have a high bitrate, the camera doesn’t lag behind the data captured, so it is losing quality or, in some cases, it interrupts during video recording. This happened to me with the Eken V8s.

If you don’t know which SD card to buy for your camera, you can consult the page here. I found it very useful! 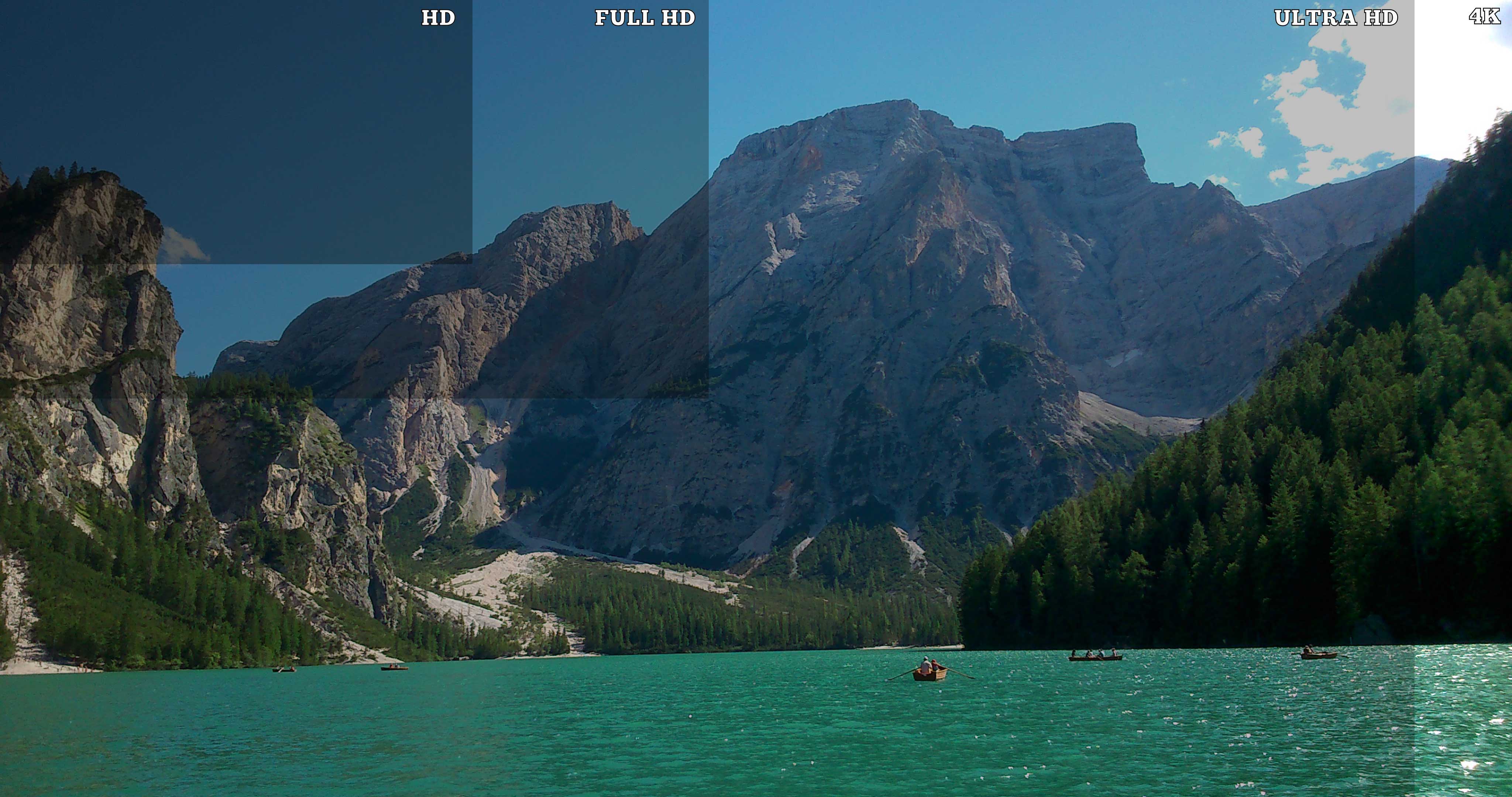 Nowadays the 4K is almost everywhere, but is it actually useful?

Only a little percentage of monitors and PCs can handle the 4K resolution. Even making a post-production can create problems with resolution that high, if you don’t have a very good PC. To boot, the most famous on-line support like Youtube or Facebook needs to compress such kind of files a lot, and obviously dropping a lot of quality in doing that.

Let’s see some pros and cons of high resolutions like 4K.

Pros to have a 4K device

One of the good sides of high resolution is that you can easily crop the image by 50% and still keep a reasonably high level of quality.

It is very often in cinematic recording to create a fake movement or shaking. It is used for extra motion effect in the videos, as it makes the recording more “active” and “realistic”, as opposed to a completely static camera.

Contrary to the above point, having a higher resolution can help one to crop and stabilize the image. Higher resolution means more available space to move in case of unwanted shaking.

The cons, as I said before, could be the in requirements to replace some part of your equipment; first the SD card, and then your computer. You need something decent to work with high resolutions, maybe it is your monitor and also your hard disk, because you need a lot of space to store videos made in 4K resolution.

In conclusion, if you have in mind to use the 4K resolution, you’d have to consider all of said compromises. If you already have all the things required / listed, well… we all envy you!

But don’t let that stop you having fun working with those huge resolution!