In this article I ‘ll compare two cameras from SJCam. The first is the M20, one of the smallest SJCam cameras, and the second is their top of the line SJ6 Legend. The M20 is a classic camera, small and nice, whereas the SJ6 seems to be a concentration of technology and performance with its beautiful touchscreen and great design. Let’s see which camera is better!

You can find the original reviews here: $159
Price
Buy on GearBest
Buy on Amazon
Buy on AliExpress 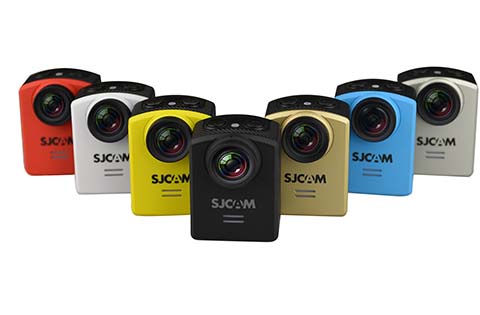 $119
Price
Buy on GearBest
Buy on Amazon
Buy on AliExpress

The number of accessories included  with these cameras is the same because SJCam’s great “vice” is that they fill their camera boxes with a huge amount of accessories!

Both of these cameras are beautiful with an easy and intuitive design, mostly the SJ6 because it has a bigger screen that’s easier to see and use.  Both of them are great in any light condition. The M20 has four buttons: power, shoot and up and down buttons. They are very well built with a good click and nice touch but the SJ6, with it’s touch screen display, has a great advantage because it’s so easy to navigate.

Instead of clicking tons of times to change the settings like a normal camera, with the touch screen you can change a lot of things in just a few seconds. Also the LEDs around the camera are better placed on the SJ6, making them very visible at any angle.  In these two aspects the SJ6 is better built than the M20. 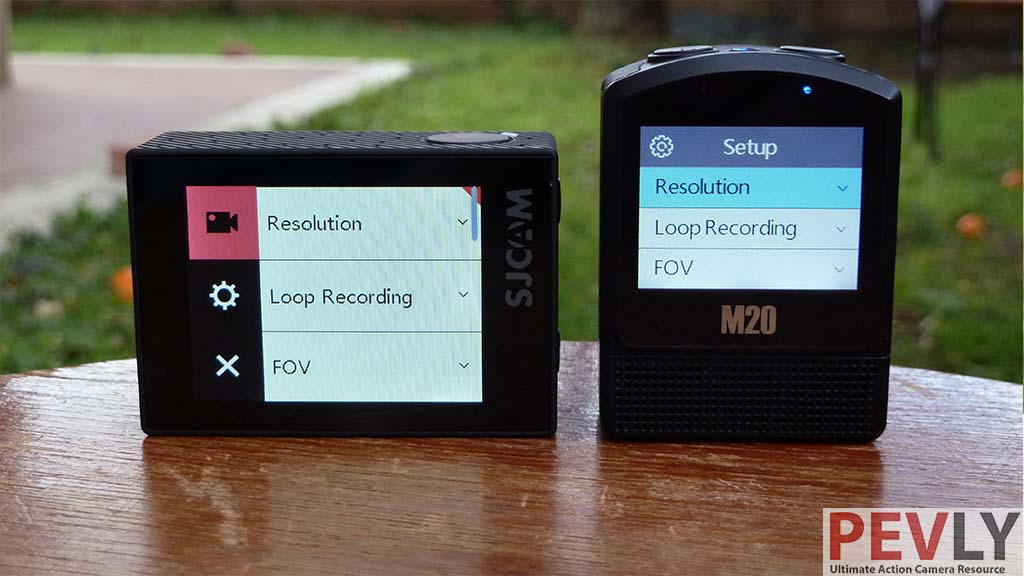 As always I like to say that this is the main section because here we can see the differences between these two cameras with a substantial difference of price.  They have the same chipset but a different image sensor. The M20 has a SONY sensor whereas the SJ6 has a PANASONIC.  Both are great sensors.

As you’ll notice in the following videos the biggest difference between these two videos is the color.  Both are absolutely beautiful but the M20 tends toward colder colors and the SJ6 tends toward warmer colors. I don’t want to judge which is better because this is more of a personal preference.

Notice that on the edges of the video or with things in motion generally the SJ6 makes a bad “wake” effect like this: 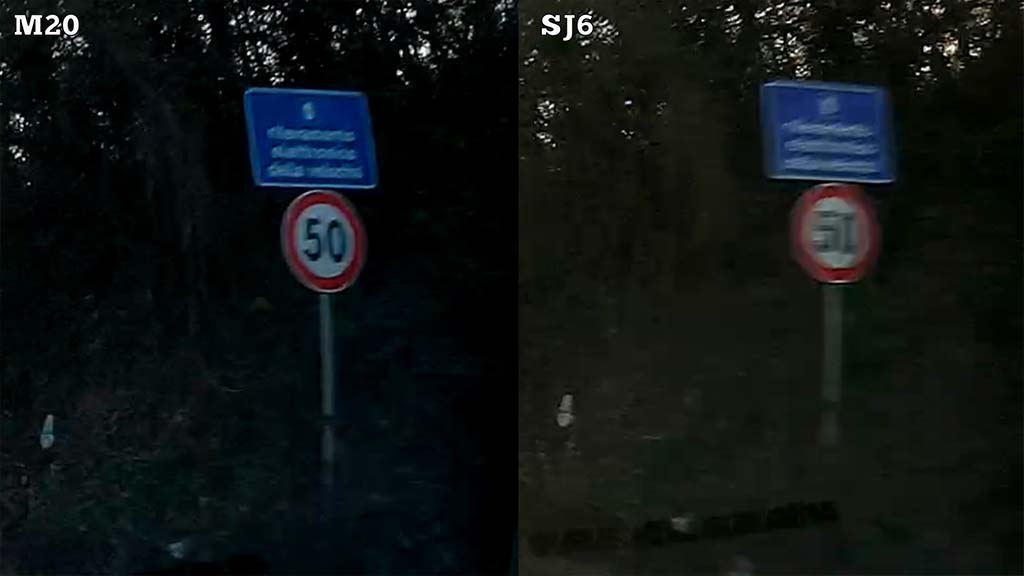 Also note the amount of details between these two cameras: 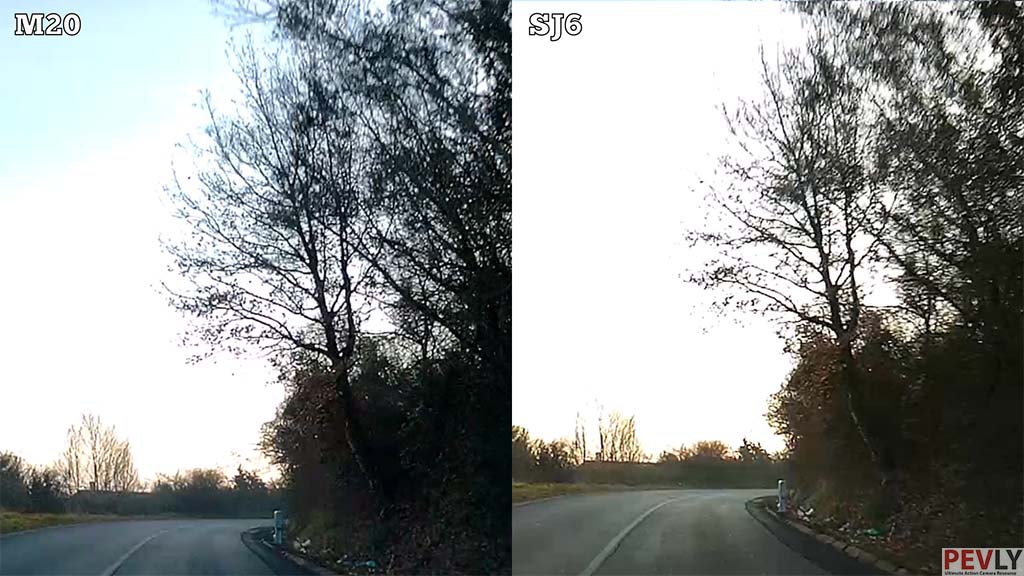 The SJ6 almost seems to prune the plants!

Jokes aside, the SJ6 has fewer details.  In the far distance they’re mixed with the colors making the image less sharp.

Talking about the night is a completely different situation.  The SJ6 transforms itself and beats the M20.

As you can clearly see, there’s a huge difference in quality and noise.

The M20 also has a few problems with frame rates.  The 1080p resolution is the only one that is faithful to the specs, but all the other resolutions like 720p at 120fps or 60fps are actually 30fps with quadrupled or doubled frame rates, respectively.

Obviously the SJ6 also has some frame rate issues but “only” with the higher frame rates like 120 and 240fps.  Both of them are actually 60fps.  Also it was released with a lot of other little problems and bugs but luckily SJCam fixed them to make the camera more enjoyable.

The photo quality follows the same rules laid down by the video quality. During the daytime they are very good but the M20 has a little bit better quality.  At night the SJ6 is a little better, mostly because there’s less noise. 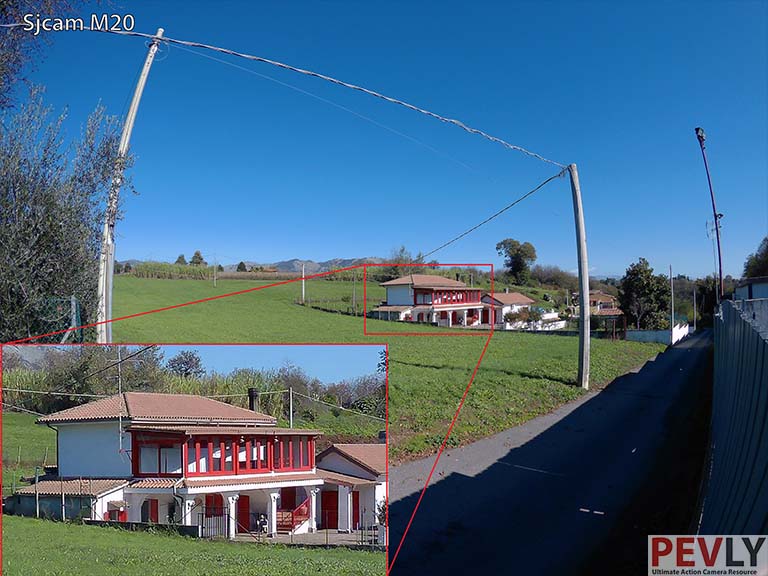 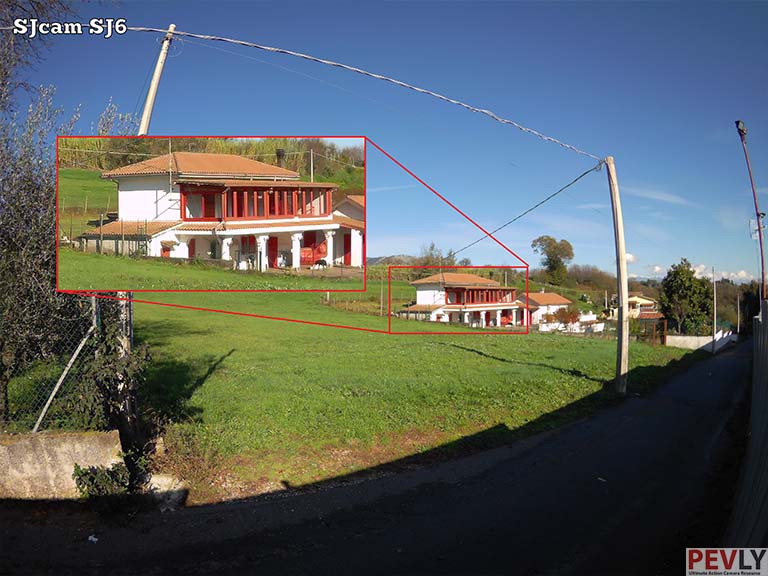 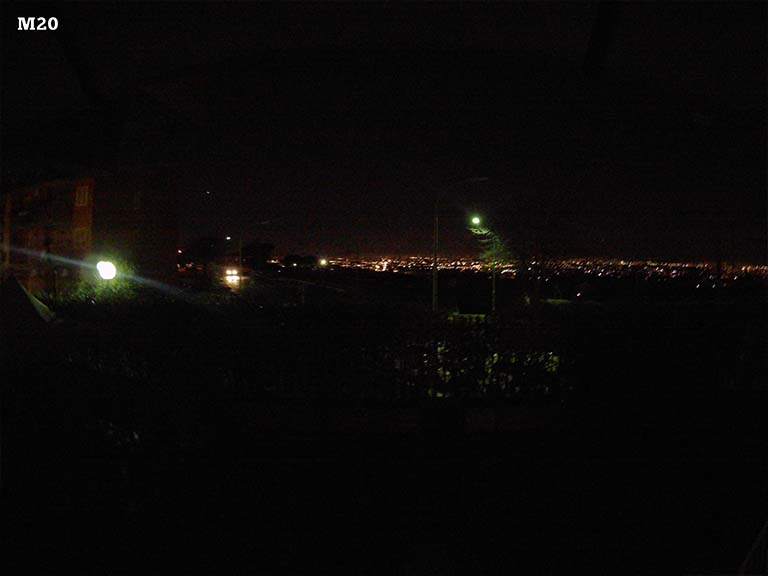 The audio performance is similar on both cameras.  They have good microphones but the M20’s is more sensitive. Neither distorts the audio.

I always praise the WiFi connection of SJCam cameras.  The M20 and SJ6 have the same WiFi and app.  What can I say?  They work perfectly!

I’ll let the following table talk for me.  In all cases WiFi and the screens were off.

Both of these two cameras are good.  The M20 has some problems like the extremely high noise in dark conditions and a lot of frame rate issues. Also the LEDS are not positioned perfectly but it’s a minor problem. The SJ6 has a beautiful touch screen display, and as I said before it was built gorgeously, but in most situations it’s defeated by her little sister, the M20. It’s not the best thing to say for a camera that claims to be a “Legend”.

There are many differences between these two cameras.  Neither the M20 nor the SJ6 is a clear winner because both of them have a number of little problems that prevents one from rising above the other.

Here are few stores which sell these two cameras. Check out all the links, since sometimes these stores have special promotions and discounts on both models.