If you’re familiar with a Chinese brand SJCAM, you’re aware that lately they’ve been focused on broadening their production range to dash-cameras, virtual reality cams, and video stabilizers. A few days ago, this Shenzhen based company announced – SJCAM A10 or M40 – their first body-worn camera – bodycam. 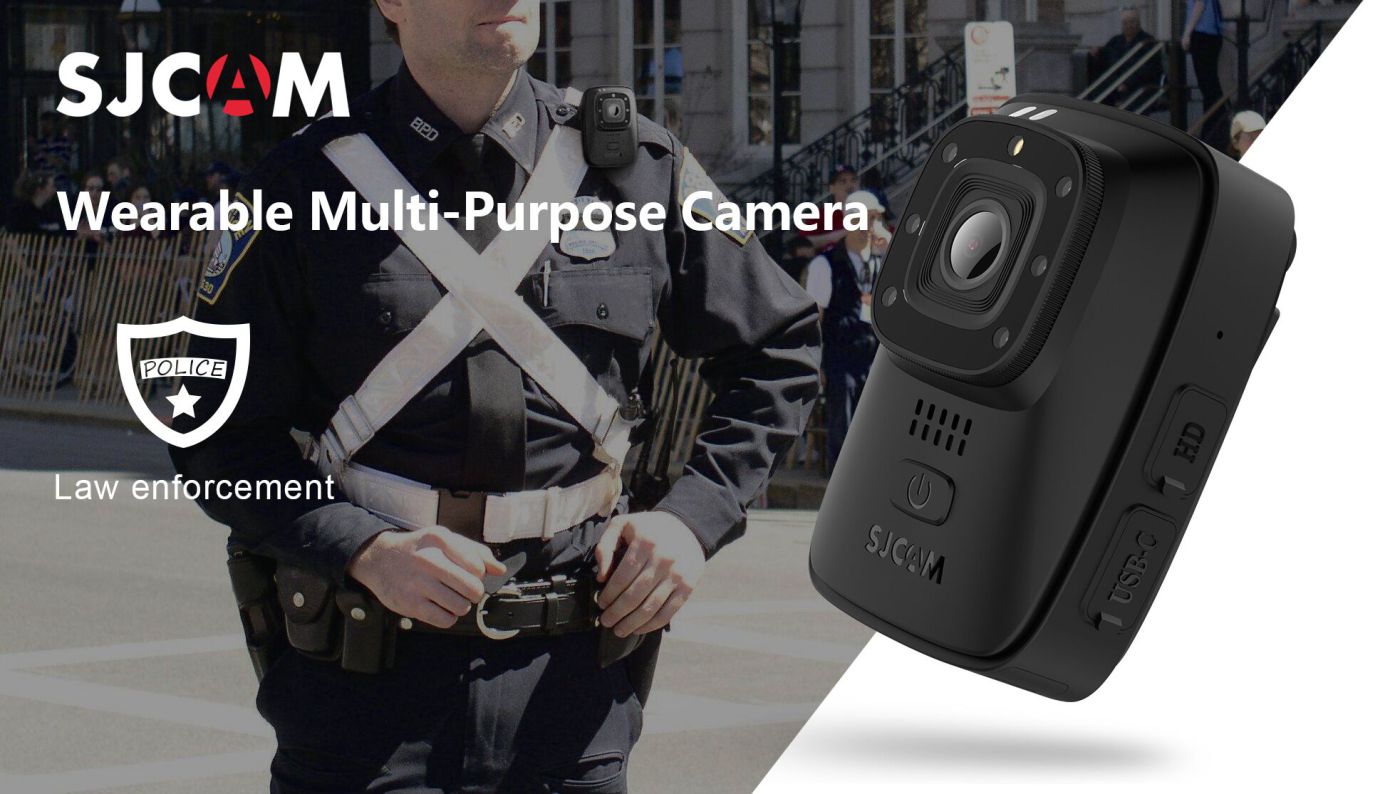 Bodycam is a wearable camera with the main purpose to be attached to your body and record action. These cameras have been around for quite a while. In some countries, the law enforcement uses them. A recent report shows that the usage of body-worn cameras by the police officers decreased the complaints against the police brutality.

Hunters and outdoor enthusiasts also use this type of recording devices. While these are, in essence, similar to an action camera, since a body camera records an action from the first-person view, the bodycams have slightly different shape and features.

Throughout this article I will try to do an overview of the SJCAM M10 or M40, and also explain to you how a body worn cam works; also what we can expect from this particular model.

Quite frankly, I am confused with the product naming and not really sure why it is marketed as A10 aka M40. A while ago, we had the same level of confusion with their first ever car camera – SJ-Dash, which some retailers called the M30.

My personal assumption is that this model will be marketed as SJCAM A10 in order to differentiate the model from their cube-shaped action camera series M10 and M20. Through the article, I will refer to the camera as A10/M40.

Before we take a look at the camera features and shape, let’s take a quick glance at the announced specs of the A10 / M40 body camera. Please understand that the final specifications may be subject to change. 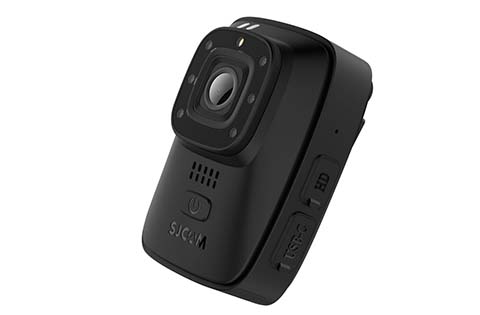 Field marked as “-” in a table means we do not have information on it. We will update those blanks as more info becomes available.

The first thing that caught my eye about the A10 also known as the M40, besides its shape is the LEDs around the lens. In theory, this will enable way better low-light and night performance. The specs also show that there is an IR (infra-red) mode. And that’s huge for people who would use this camera in extremely dark conditions at night.

Even though the camera is meant to be mounted on a shoulder, the inclusion of a 2.0″ LCD touchscreen will give more options to whoever will be using it. With an LCD you will be able to preview your recordings right away and also change the cam settings.

However, that was not the most surprising feature. The biggest surprise came from a fact that this body camera can be used as a car camera thanks to an adapter clip it has. With the adapter, you can transform this camera into a dash-camera, and record traffic. That special feature adds the A10 / M40 an important multi-purpose adjective.

Moreover, according to the first release of technical specs, this camera is compatible with a remote controller. 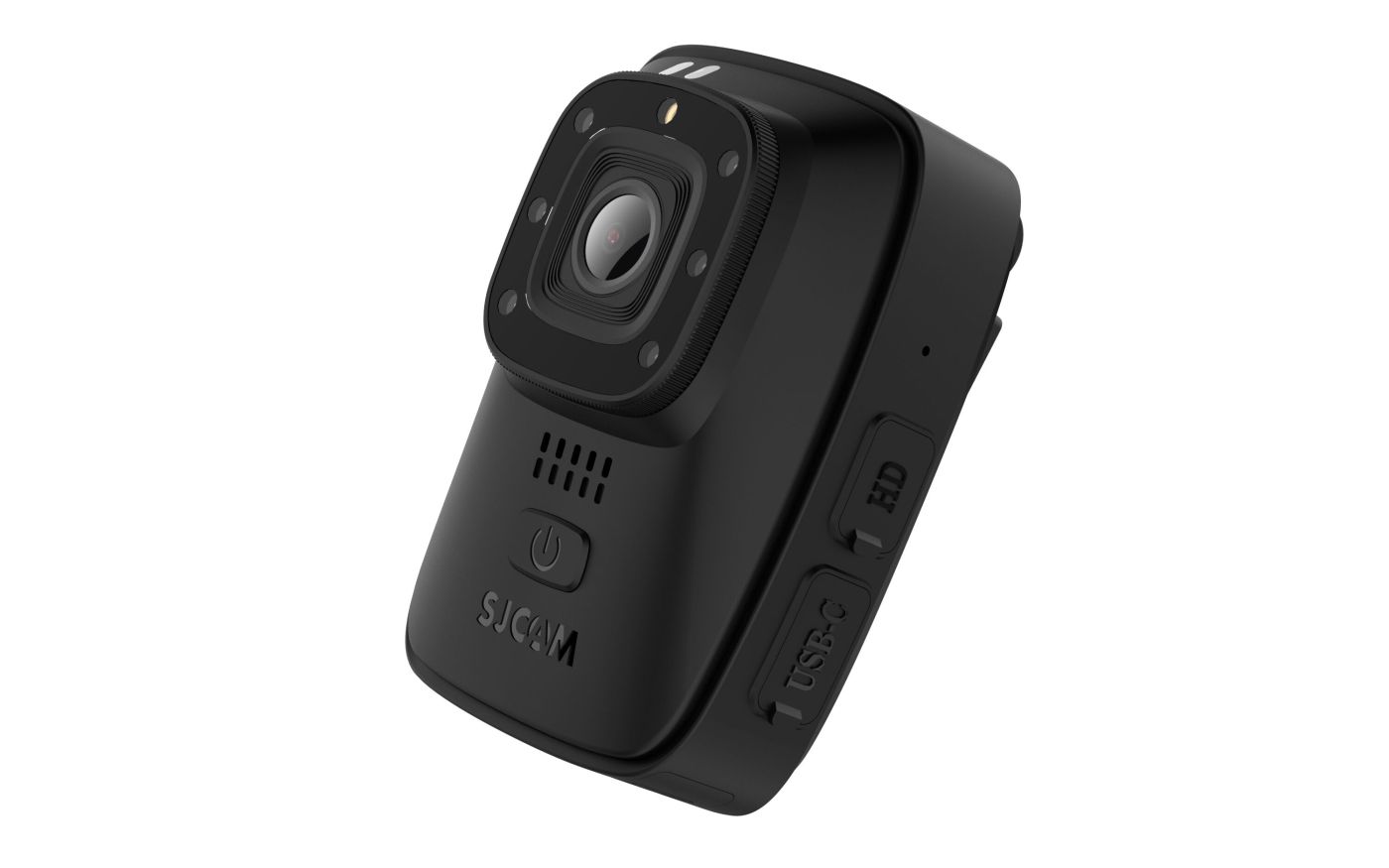 Front of the A10 has an ON/OFF button, whereas on the side there is an USB-C port and a HDMI port. 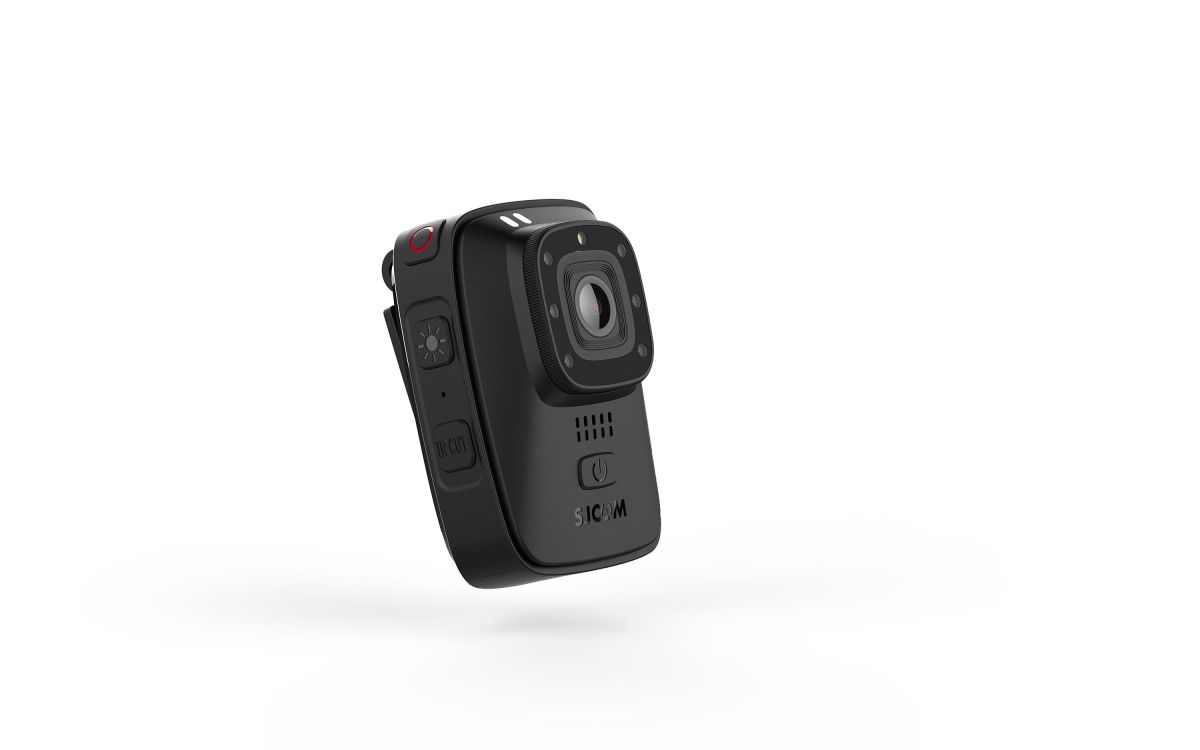 On the left side of the A10 we have a recording button on top, the LED button which activates the light and something called IR CUT. I assume that the IR button activates infrared for enhanced night video recording.

Even though there is no information about the chipset and the image sensor, specs claim that camera can record in full HD 1080P at 30/60 FPS. That can be a deal-breaker for users who prefer 4K or 2.7k. Our opinion is that for an average user, this will be more than enough.

Camera can capture still images up to 12 megapixel.

One thing that is missing is EIS (Electronic Image Stabilization), which, for a camera attached to a constantly moving subject, should be very important. We were unable to confirm if there will be some sort of video stabilization in this camera. Our recent article explains features that can make a difference in a cheap camera.

According to some comments on SJCAM Facebook page, this camera does not have a waterproof case, instead the camera itself is splash-proof, which is a huge must-have advantage over some of their previous models.

At the time of this article writing, the release date and pricing for the A10/M40 body camera have not been officially announced.

It’s great to see SJCAM expanding and experimenting with different cameras. We’re excited to see the final specification for this model and more of its features. No matter whether marketed as a SJCAM A10 or M40, this camera will be particularly appealing to a certain group of people.

While most of the features like a touch-screen, infrared, LED light and multi-purpose usage are great, I would personally like to see a video stabilization feature included in the final version of this camera. We will update this article as more information gets out.

What do you think about body-worn cameras?  Is it a good sign that SJCAM is diversifying their offer?

Let us know in the comments.